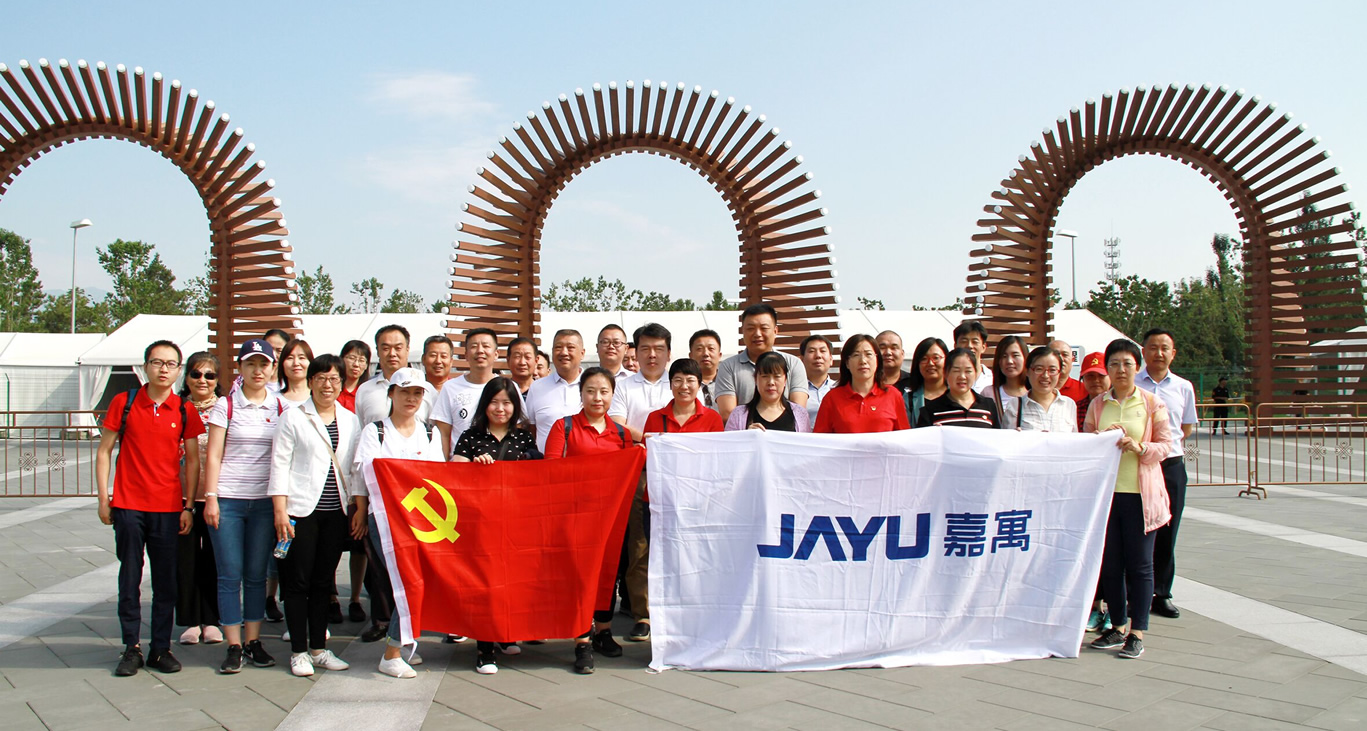 The Party Branch of JAYU Group was set up in November 2002. There are 63 persons with full Party memberships, 2 probationary Party members, and 18 Party activists. Comrade Chen Qize, Honorary Vice Chairman of China Construction Metal Structure Association (CCMSA) and the Group’s Vice President, was served as Party branch secretary. The Party branch implements a five-committee system. In addition to the Party branch secretary, there is a deputy secretary, an organization committee, a propaganda committee, and a disciplinary committee. They are all key employees with a stable employment relationship with the Company. The Company has Party offices and a Party-Mass activity center.

The Party Branch of JAYU Group has adhered to the guidance of Xi Jinping’s Thought on Socialism with Chinese Characteristics for a New Era and the spirit of the 19th CPC National Congress. Under the correct leadership of the Shunyi District and Niulanshan Town Party Committees, it leads all Party members and employees to firmly establish the “four consciousnesses”, be determined to “four matters of confidence” and achieve “two maintenances”. The Party Branch of JAYU Group shall conscientiously implement the spirit of instructions and decision-making arrangements for ideological work, and carry out educational activities on the theme of “Remaining true to our original aspiration and keeping our mission firmly in mind” to further unite ideological understanding and build consensus on development. The Party Branch of JAYU Group shall strengthen the construction of the Company's internal publications, WeChat, website and other communication media to ensure full coverage of ideology. During the 19th National Congress of the CPC, the Party Branch of the Group organized all Party members to study and implement the spirit of the 19th CPC National Congress. In the work of assisting in poverty alleviation and poverty elimination, the Company undertook the construction of a large-scale photovoltaic poverty alleviation power station in Yan'an, which was completed on schedule with full-capacity grid-connection for power generation. This project involves 9 counties (Baota, Ansai, Wuqi, Zichang, Yanchang, Ganquan, Fuxian, Yichuan, Luochuan), benefiting nearly 10,000 impoverished households. In addition, the Company also participated in the construction of poverty alleviation power stations in Jingle, Shanxi and Ulanqab, Inner Mongolia, contributing to poverty elimination of localities. During the fight against COVID-19 outbreak in 2020, the Party Branch actively organized the activities of donating money and goods to help the front line against COVID-19 outbreak, and adhered to the “three preventions”, “four early” and “nine strictly”, continued to make efforts to regular control on COVID-19 outbreak and promote the  prevention and control of COVID-19 outbreak and work resumption in an orderly manner in accordance with the requirements of the municipal, district, and town governments and Party committees.

In the face of new situations and new challenges on development, the Group’s Party Branch has always insisted on Party building to promote development, has formulated specific and detailed construction plans in the work of creating a service-oriented Party organization and established a number of demonstration posts for Party members, which involve the links such as safe production and safety, fire control, product quality, environmental health and occupational disease prevention and control. In the meanwhile, the production line responsibility area, technical responsibility area, equipment innovation responsibility area and flood control responsibility area have also been established. In recent years, the Group’s Party Branch has won honors such as “Party Building Demonstration Unit”, “Excellent Party Building Organization”, and “Excellent Party Branch”. Party Branch Secretary Comrade Chen Qize won the “Excellent Party Secretary”, “Outstanding Member of Communist Party”, and “Capital Labor Medal”, “Moral Model”, “Leader in the Construction Industry” and other awards. 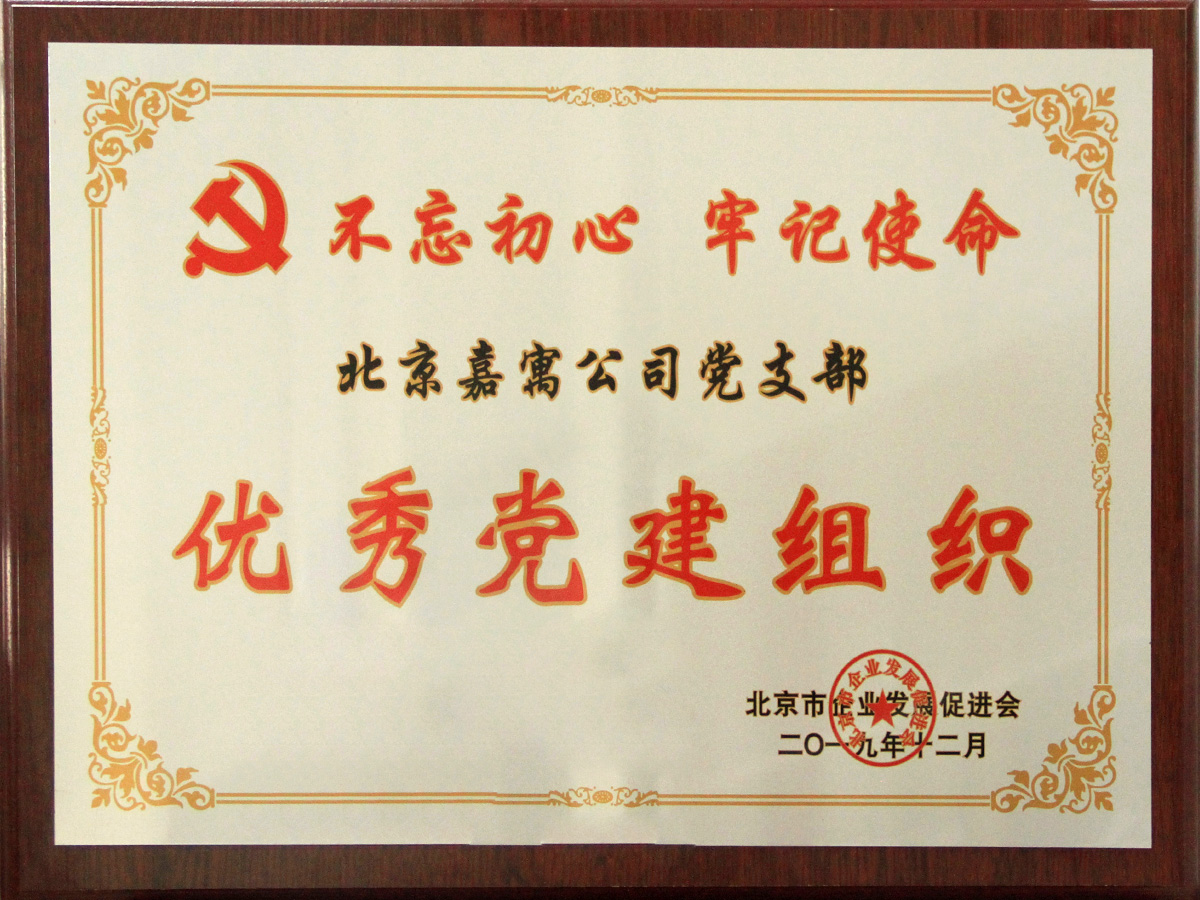 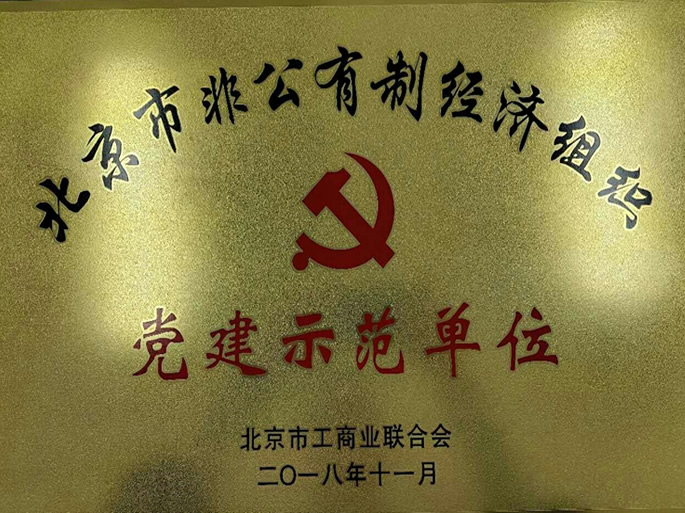 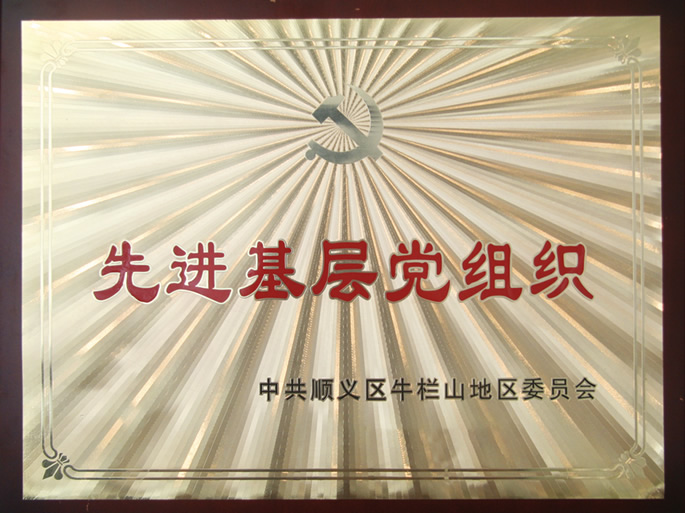